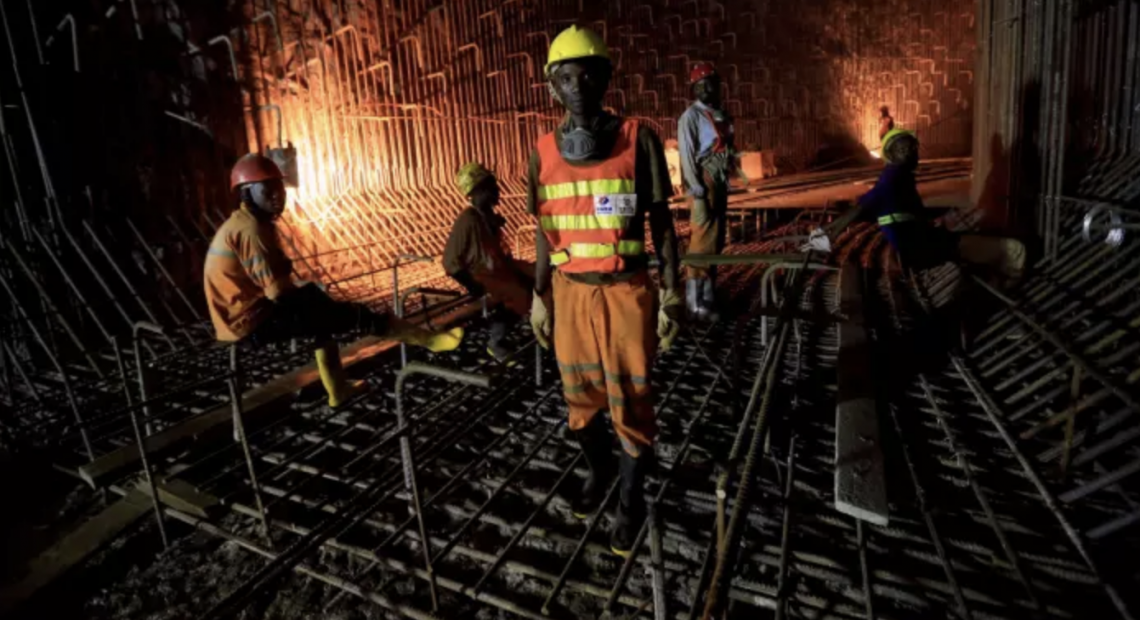 Construction of the Karuma hydroelectric project in Uganda, one of the African countries where China is investing billions of dollars in infrastructure © Reuters
Infrastructure

A study by Boston University academics shows that nearly one-third, or $6.8bn, of the $25.6bn that China’s state-owned development banks lent last year to energy projects worldwide went to African countries. This was ahead of south Asia, with $5.84bn.

The loans bring total Chinese energy finance in Africa since 2000 to $34.8bn. While this is well behind the $69bn lent in Europe and Central Asia, the $62bn in Latin America and the $60bn in Asia over the same period, the 2017 data illustrate Africa’s growing importance.  “China is trying to replicate its model of development in Africa to show the world that the Chinese economic model really works,” said Yu Jie of LSE Ideas, a think-tank based at London School of Economics.

Some soundings, though, suggest a growing affinity. An 2016 Afrobarometer survey of 36 African countries found that 63 per cent of Africans found China’s influence “somewhat” or “very” positive. Asked which countries provided the best development model for Africa, China placed second only to the US with 24 per cent and 30 per cent respectively.

Geographically, the lending has been concentrated into six countries, with Angola, Nigeria, Zambia, Uganda, South Africa and Sudan getting $23.8bn of the total $34.8bn since 2000. The Boston University data tracks loans from the China Development Bank and Export-Import Bank of China, the world’s two largest development banks. –FT/