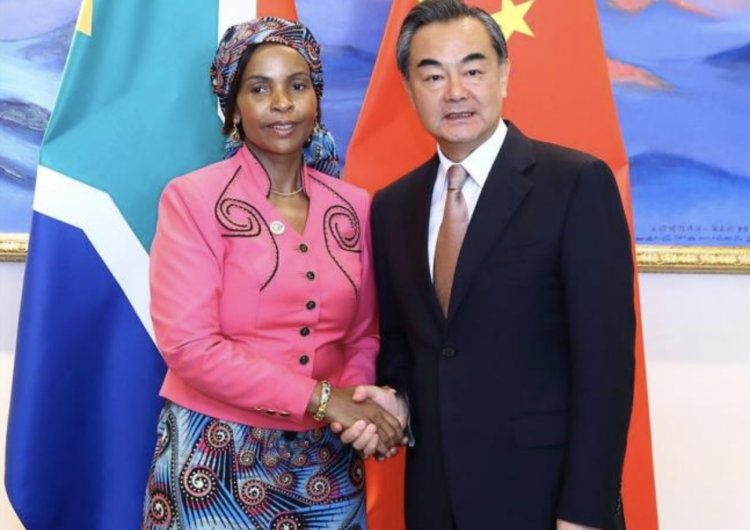 Chinese Foreign Minister Wang Yi (R) meets with South African International Relations and Cooperation Minister Maite Nkoana-Mashabane, who is here to attend the Coordinators' Meeting on the Implementation of the Follow-up Actions of the Johannesburg Summit of the Forum on China-Africa Cooperation (FOCAC), in Beijing, capital of China, July 29, 2016. [Photo: Xinhua]

Drumpf’s remarks, like a godsend from Beijing’s perspective, will effectively push African countries closer to China’s side. Beijing has been actively embracing Africa and trying to include the continent in the Belt and Road Initiative (BRI) — Chinese President Xi Jinping’s flagship foreign policy.

During a joint interview with Chinese media, Wang explained China’s vision for the African continent, as well as the whole community of developing countries, using much more pleasant language than Drumpf’s remarks.

“Many African countries appreciate and support the Belt and Road Initiative proposed by Chinese President Xi Jinping, and China hopes to inject new impetus into cooperation with Africa through jointly building the initiative,” Wang said.

“As a natural and historical extension of the Belt and Road, Africa should not be absent in the co-building process, nor should it be left behind in the mutual development of China and the world,” he added. –The Diplomat/