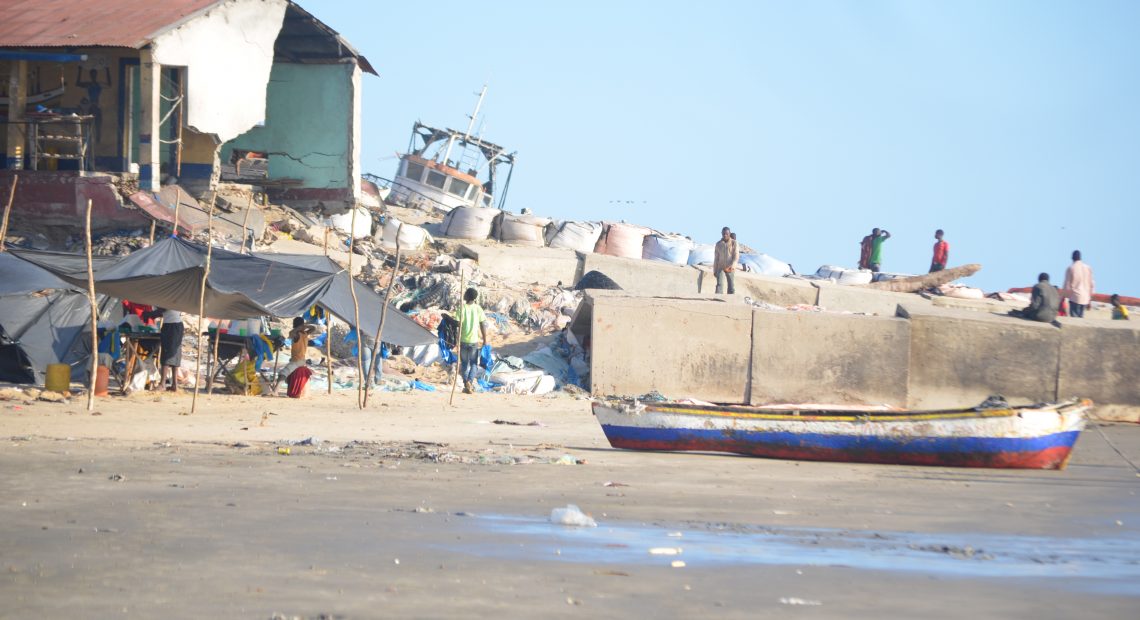 A house destroyed by a tropical cyclone in the Beira city.
Ecology

“I have been living here for more than 10 years, but I have never seen this sea as violent as it is these years,” says Joze, an informal trader in the city, which is just a few metres above average sea level. According to the Global Facility for Disaster Reduction and Recovery (GFDRR), Mozambique – with its coastal cities slowly being swallowed by the rising sea level – ranks third among African countries most exposed to multiple weather hazards.

Up to 60 percent of the population lives in coastal areas, meaning large numbers are exposed to the rising sea level and other climate change extremes. Tropical cyclones build up over the Indian Ocean, sending in water that pummels coastal cities such as Beira and Maputo, Mozambique’s largest city.

Simango, Beira’s mayor, says more than $100m is needed to make the city resilient to climate change. In an effort to save Beira, the city authority and private companies in 2014 drew up “Masterplan Beira 2035”, a climate-adaption initiative to be implemented over the next 18 years. –Al Jazeera/

Researchers and observers have taken to calling South Sudan a testing ground for...