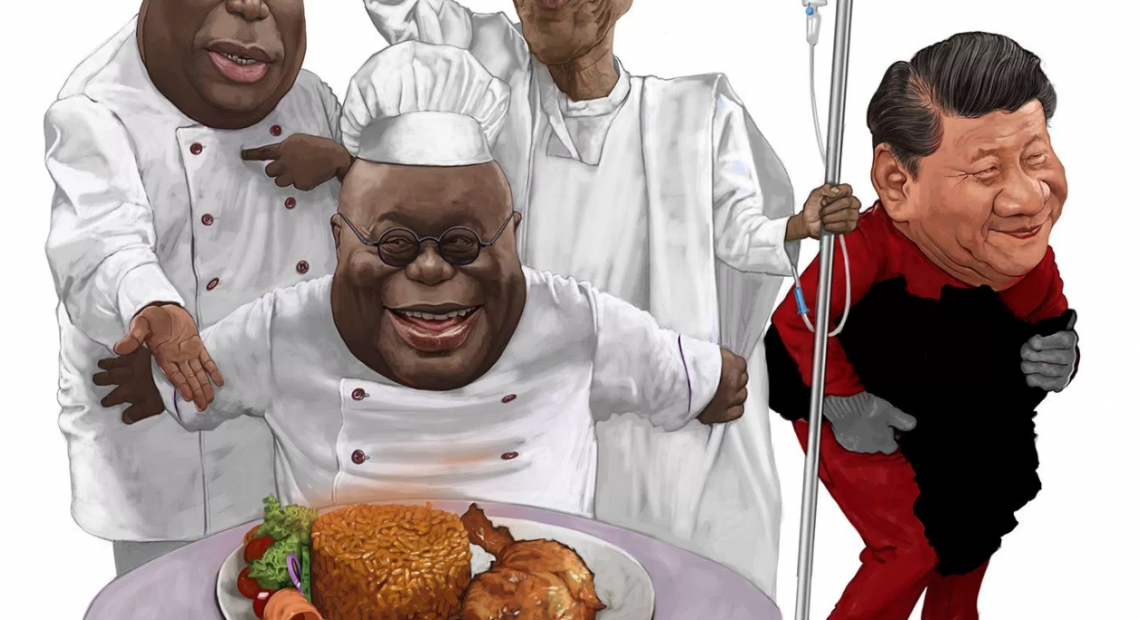 “Occupation,” where the presidents of Ghana, Nigeria and Senegal are arguing over a plate of jollof rice while China's Xi is sneaking away with the continent of Africa.
People-to-People

In April, Ghanaian artist Bright Tetteh Ackwerh published a cartoon on his Facebook page titled, “We Dey Beg,” or “We are begging,” in honor of a recent campaign against illegal gold mining supported by Chinese companies, which has polluted local rivers. In the image, China’s president Xi Jinping is pouring a sludge of brown water from a Ming dynasty vase into bowls held by Ghana’s president and the minister of natural resource. Next to Xi, China’s ambassador to Ghana happily clutches a gold bar. The Chinese embassy was reportedly infuriated by the cartoon and issued a complaint to the Ghanaian government on media coverage of the arrests of several Chinese miners involved in illegal mining, which is known locally as “galamsey”. While Ghanaian miners were also arrested, much of the public’s focus has been on the Chinese. Ghana is the second largest gold producer in Africa after South Africa. –Quartz/ 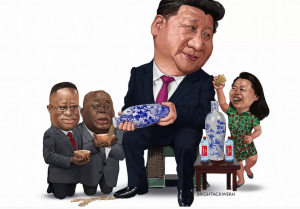 “We Dey Beg” by Bright Ackwerh