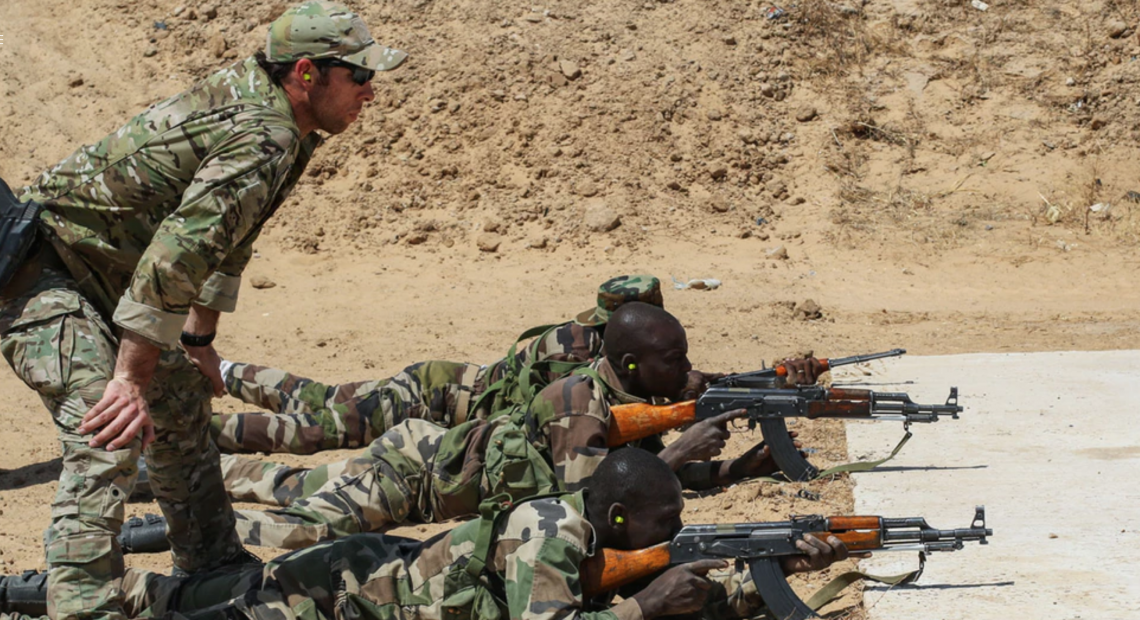 In 2002, the U.S. launched a counterterrorism program — known as the Pan Sahel Initiative, which later became the Trans-Sahara Counterterrorism Partnership — to assist the militaries of Chad, Mali, Mauritania, and Niger before expanding to include six additional nations nearby. Between 2009 and 2013 alone, the U.S. allocated $288 million in TSCTP funding, according to a 2014 report by the Government Accountability Office. Niger netted more than $30 million. Neighboring Mali held the top spot at $40.6 million.

These programs saw U.S. troops deployed again and again to carry out advisory and “train and equip missions,” as well as mentorship programs designed to increase local anti-terrorism capabilities, encourage local populations to cooperate with military forces, and build the military capacity of those soldiers to enable them to “Find, Fix, and Finish” militant groups, according to a 2014 State Department analysis of the TSCTP obtained by The Intercept, via the FOIA.

Rebecca Zimmerman, a national security and foreign policy researcher at the RAND Corporation, warns of grave consequences when poor, fragile states are inundated with counterterrorism training and equipment. Such efforts can, she says, create a culture of dependency, increase corruption, and create power imbalances between the armed forces and often weak civilian governments. “In countries where there is inadequate civilian control of the military, this is a particular risk,” she said.

In fact, TSCTP member-state Chad saw attempted coups in 2006 and 2013; members of Mauritania’s military overthrew the government in 2005 and again in 2008; a military junta overthrew Niger’s president in 2010; and a U.S.-trained military officer, Amadou Sanogo, toppled the democratically elected president of Mali in 2012. “The role of a U.S.-trained officer in overthrowing the government of Mali is yet another case of arms and training programs backfiring and creating a more chaotic environment in which terrorist organizations can grow,” Hartung told The Intercept. –The Intercept/

Researchers at the University of Notre Dame attempted to determine which nations were best...

Chinese Foreign Minister Wang Yi has been visiting four countries in Africa to...