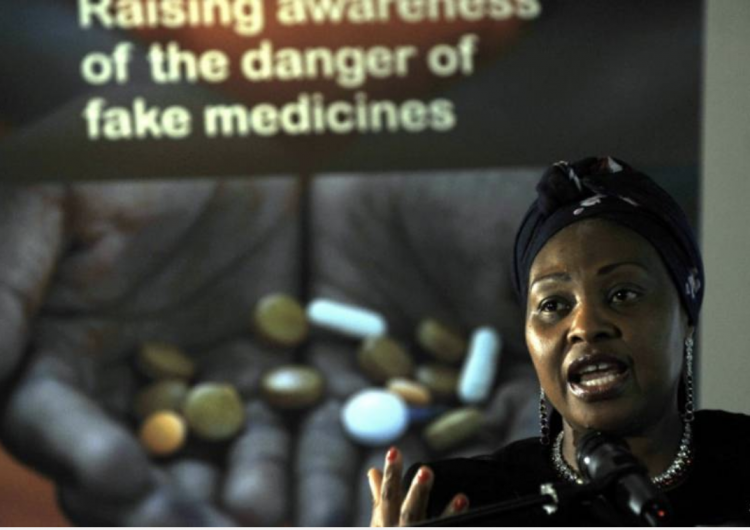 There’s nothing covert about Roxy – a huge market in Abidjan selling counterfeit medicine, the scourge of Africa and the cause of around 100,000 deaths annually on the world’s poorest continent.

Located in the bustling Adjame quarter of Ivory Coast’s main city and commercial hub, the haven for fake medicine has been targeted time and again by authorities and stockpiles burnt.

But it resurfaces every time.

“The police hassle us but they themselves buy these medicines,” said Mariam, one of the many mainly illiterate vendors who hawk everything from painkillers and antibiotics to anti-malaria and anti-retroviral treatments.

The illicit sector has a turnover of at least 10 percent of the world pharmaceutical business, meaning that it earns tens of billions of dollars a year, the Switzerland-based World Economic Forum estimates, adding that the figure has nearly tripled in five years.

“To sell fake medicines, you need a clientele. The ailing poor are more numerous in Africa than anywhere in the world,” said Marc Gentilini, an expert on infectious and tropical diseases and a former head of the French Red Cross.

Geoffroy Bessaud, the head of anti-counterfeit coordination at French pharmaceutical giant Sanofi, said fake medicines were biggest illicit business in the world. Sanofi said it had in 2016 helped dismantle 27 clandestine laboratories, including 22 in China and the rest in Indonesia, Ukraine and Poland. –Channel News Asia/

Africa Is Inspiring These Chinese Transplants To Reflect On Their Culture

I spent time with four Chinese transplants living in four African countries, to...