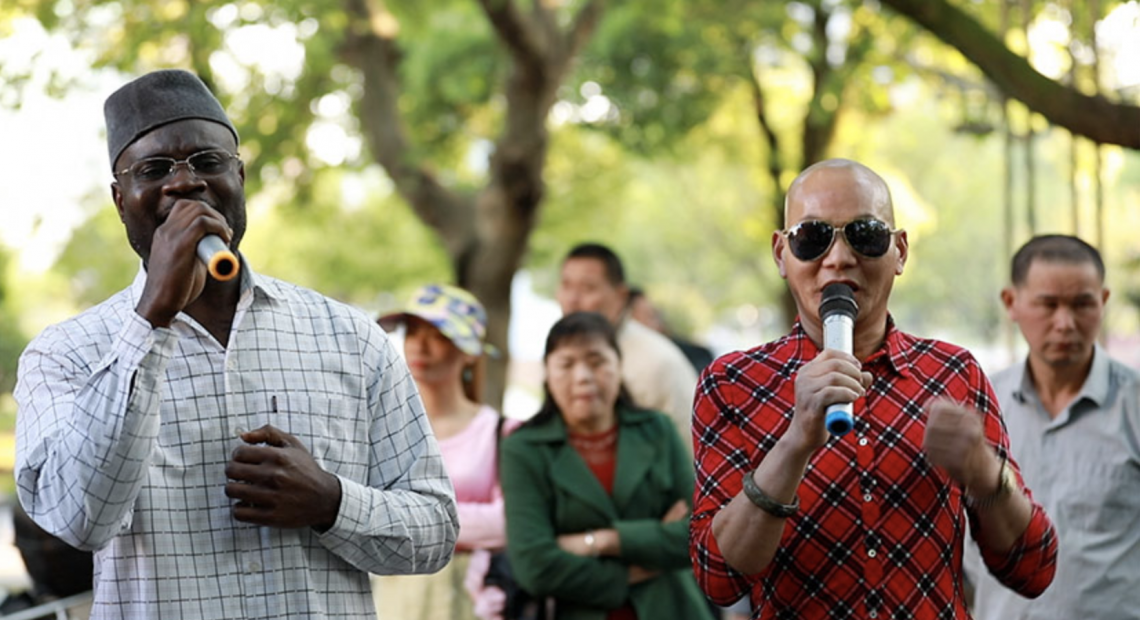 A still frame from the documentary ‘Africans in Yiwu.’ Courtesy of Hodan Osman Abdi
People-to-People

Hodan Osman Abdi swiftly strings together a few phrases to describe herself: a woman, a black woman, a black African woman. She pauses for a second before completing the sentence: “I’m a black, African, Muslim woman who wears a hijab and teaches at one of the leading Chinese universities.”

“You don’t find that every day,” says Abdi with a smile. The Somali native is currently a researcher and lecturer on African film and TV at the Institute of African Studies of Zhejiang Normal University (ZNU) in the city of Jinhua. “A person like me breaks so many stereotypes, not just in China but across the world,” she says. “But in China, I’m breaking even more stereotypes.”

The Chinese media often links Africa and its people to war, famine, and poverty, she says, while positive stories are usually left untold. A new documentary titled “Africans in Yiwu” aims to change that. Abdi co-directed the film with her colleague, filmmaker Zhang Yong, and also features in the film alongside 18 others, who share their experiences in China — from facing discrimination to finding love. –Sixth Tone/

Ethiopia to Djibouti: A Journey Along the New Beijing-Backed Ethiopia-Djibouti Rail