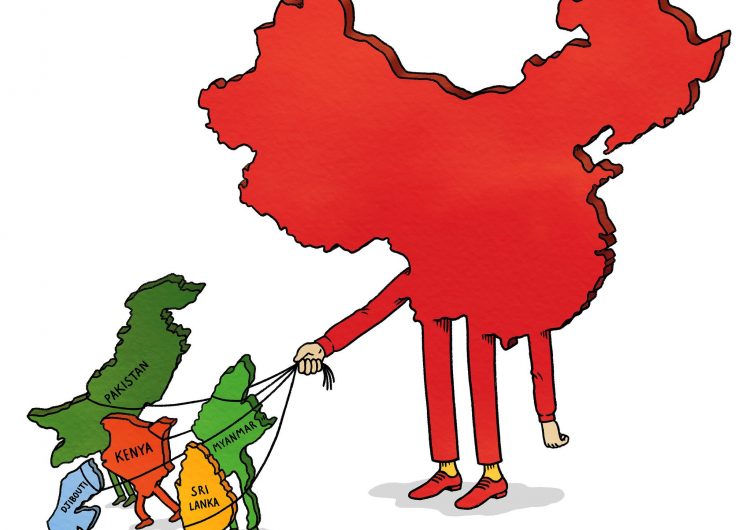 “We always thought China’s investments would help our economy,” says Amantha Perera, a Sri Lankan journalist and university researcher. “But now there’s a sense that we’ve been maneuvered into selling some of the family jewels.” Mattala Rajapaksa International Airport, financed and built by the Chinese, and the second-largest in Sri Lanka, is designed to handle a million passengers per year. It currently receives about a dozen passengers per day. Projects like Mattala are not driven by local economic needs but by remote stratagems. The Mattala airport has annual revenues of roughly $300,000, but now it must repay China $23.6 million a year for the next eight years, according to Sri Lanka’s Transport and Civil Aviation Ministry. Over all, around 90 percent of the country’s revenues goes to servicing debt. Pushing countries deeper into debt, even inadvertently, may give China leverage in the short run, but it risks losing the good will essential to OBOR’s long-term success.

So why is President Xi Jinping fast-tracking OBOR projects amid an economic slowdown at home and a crackdown on other overseas acquisitions? For centuries, Western liberalism has ruled the world. The Chinese believe their time has come. “China sees itself as a great civilization that needs to regain its status as leader of the world,” says Kadira Pethiyagoda, a fellow at the Brookings Institution Doha Center. “And America’s retreat gives China the space to do that.” –NYT/