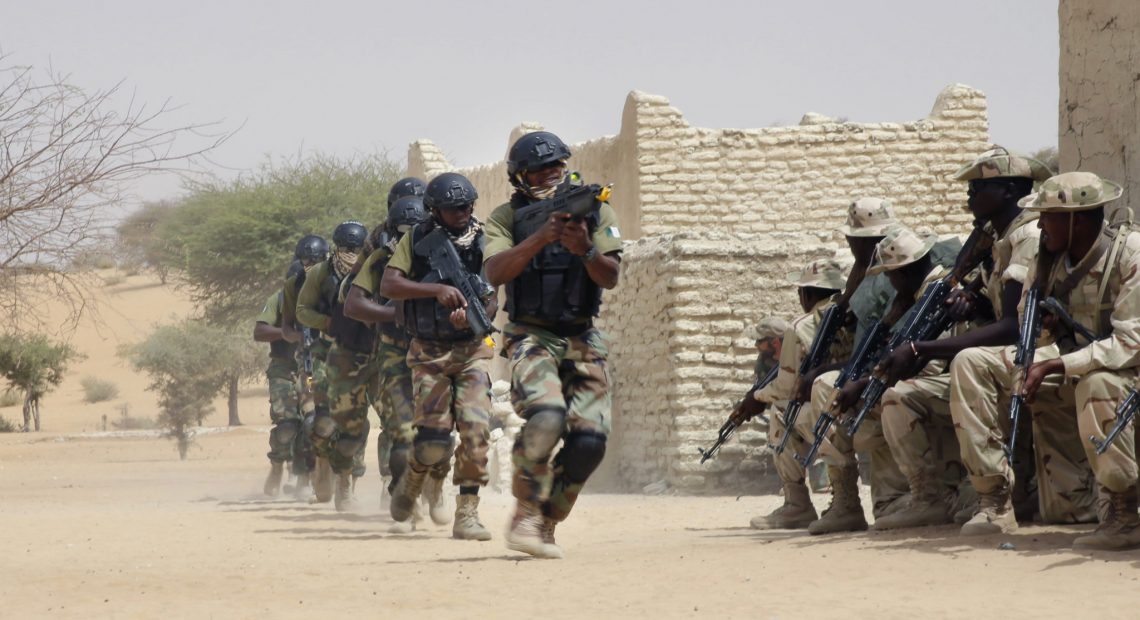 March 7, 2015 file photo, Nigerian special forces and Chadian troops participate with US advisors in the Flintlock exercise in Mao, Chad. American and French forces have spent years providing training and support to the militaries of Mali, Niger and other vulnerable countries in this corner of Africa where Islamic extremism has become entrenched over the past decade. (AP Photo/Jerome Delay, file)
Security

One thing is clear: The U.S. military’s footprint on the African continent has grown exponentially in the last decade, and U.S. special operations forces have been the tip of the spear. In 2006, 1 percent of all U.S. commandos overseas were deployed to Africa. In 2010, it inched up to 3 percent, and in 2017, that number reached nearly 17 percent, meaning that more commandos are sent to Africa than anywhere else in the world, outside of the Middle East.

And according to an internal military report uncovered by VICE News in May, these resulted in significant action: 1,700 commandos in at least 20 African countries provided military assistance to local African troops. In raw terms, according to Gen. Donald Bolduc, then chief of Special Operations Command Africa (SOCAFRICA), America’s most elite troops were conducting approximately 96 activities throughout 20 countries “at any given time.” While these elite forces may be active in 20 African countries on any single day, in 2017 they were deployed to at least 33 nations over the course of the year — roughly 60 percent of the 54 countries on the continent.

This cloud of secrecy surrounding U.S. special operations forces’ deployments, targets, and missions may have grave long-term consequences, warned Hartung. “Missions conducted without public or congressional scrutiny are more likely to go wrong,” he said, “whether that means tactical mistakes that put U.S. troops at risk, unacknowledged abuses by U.S. forces, or escalating U.S. involvement to a full-fledged war footing with little or no public debate.” –VICE News/

Food for thought: This context of increasing US military presence should be kept in mind as Chinese military presence becomes normalized. Considering the shadow activity occurring with US military troops, the introduction of Chinese security across that continent will only compound the problems of transnational vulnerability and insecurity that inevitably comes with foreign military intervention.

Broadening the Benefits of Growth: No one left behind

Liu Xin is one of the over 60 Chinese students at the University...

It is against this backdrop that Black Panther opened in China this weekend. As a...